We all want to build fast and with all the “make money quick” programs out there, people are more and more skeptical which creates a lot of resistance for people to think that it’s even possible.

Over the last decade, we heard many gurus preach the internet lifestyle. How to create an income at the push of a button.

Well let me tell you that building a downline fast is done the same way today as it was done decades ago.

You may use a different prospecting strategy like Social Media instead of the face-to-face approach, but that doesn’t change the fact that you engage people to review information.

The principles of building fast remain the same.

Decades ago, news would travel from person to person. Then came newspaper, radio, television, the internet.

But “news” would get out there.

To build a downline fast, you can use any prospecting strategy.

What you do next, after the new person joined is what will determine wether it’s going to go fast or slow.

How I Build A Downline Fast

When I was 19 years old, I began my journey in Network Marketing. I told all my friends and family. I recruited many. Few did anything.

I learned a lesson pretty quickly… I ran out of people to talk to.

Next person I recruited, let’s call him Michael, I told him this: “Who do we need to present this to before everyone in the area learns about this?”

He gave me names. Let’s say one of them was Mary. We’d call Mary on the spot.

Does that mean I’m not creating duplication by bypassing Michael?

Some people would argue and say “Don’t break the chain of command”. If you want to duplicate, you have to train your people, right?

You have to train everyone that wants to be trained NOW.

You can’t slow down your growth. You should build a downline fast if you want to. Go at your pace and let others follow you at THEIR pace.

If Michael can’t follow you, let him join you on the next appointment. Blug him into your weekly trainings.

Go and build a downline fast below him. That’s called “tap root”. Find your next leader in that line deep.

Once you find that leader, THAT’S when you don’t break the chain of command. From that point, you will not bypass that newly found leader.

Then you move back up to everyone above that leader and tell them what’s happening below them. Tell them it’s time to build their other line in order to capture all the volume going down that line.

That’s called building from the bottom-up.

If you look at all of the MLM legends out there who build a downline fast, you will find they build that way. They never run out of prospects to talk to with this strategy because every new person opens their rolodex of contacts which leads you into a brand new warm market.

I was recently looking at one of my biggest leader in South Korea and she had sponsored only four people. She’s now a “Chairperson” level which is the highest rank in our company.

This is by far how to build a downline fast. 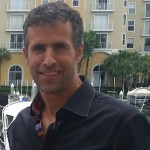 Did you get my  4-part prospecting videos on How To Recruit 5+ Reps Into Your Business Each Month. You will learn the steps to build a downline fast.