This year the Ariix top leaders traveled on Royal Caribbean for an all-expenses paid trip.

What’s different about those events is that everyone on the trip is already accomplished.

When you talk to top earners, you’ll find commonalities…

This trip was amazing for relationship building. To bond with other teammates at a level you never do when you meet for a few minutes during a convention.

We did team building activities on the beach. 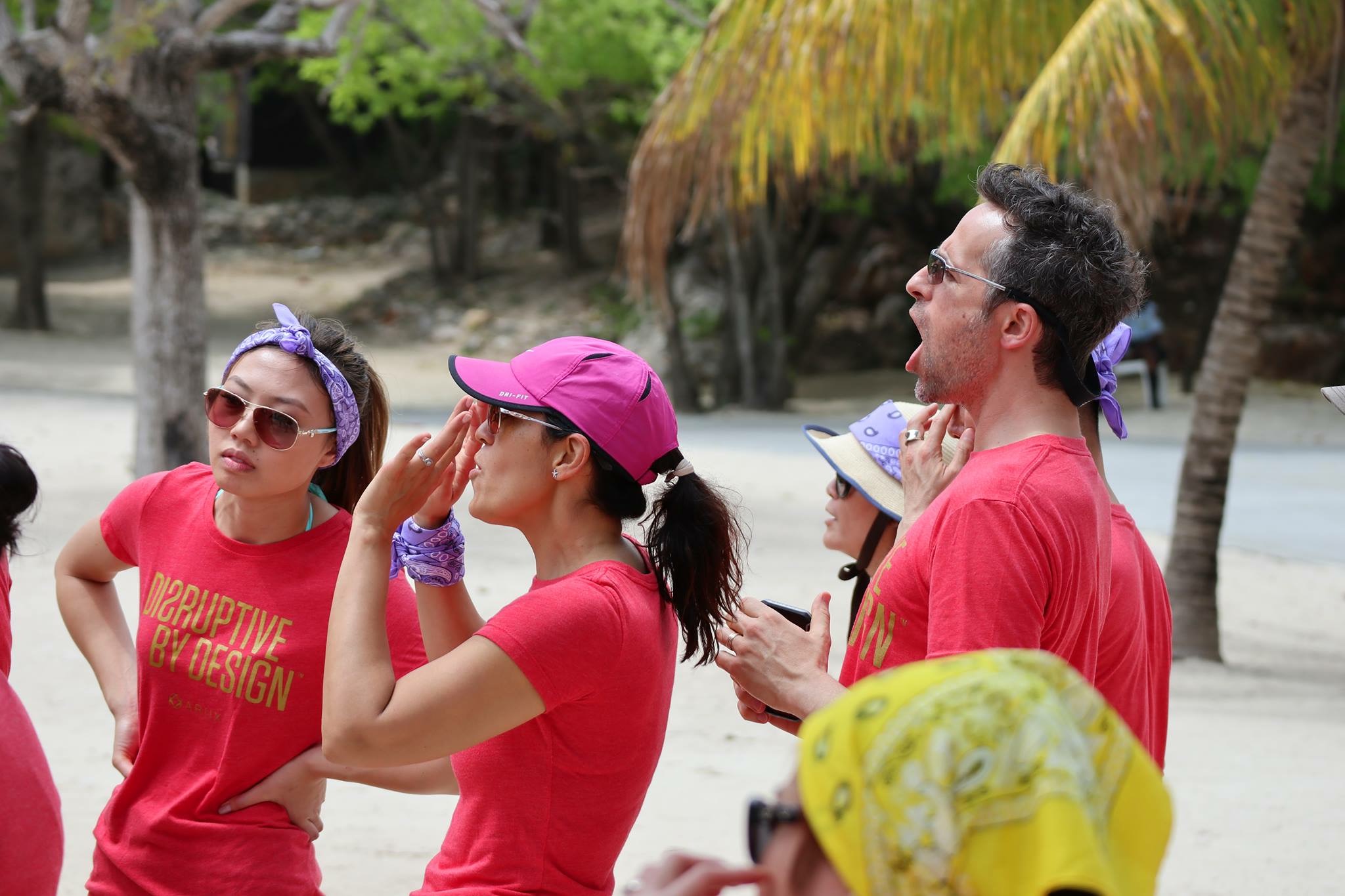 One of the highlights of the trip was the breakthrough session with Deanna Latson where we were told to point an arrow at our throat and physically push towards the arrow to break it with our neck!

The first thing they had us do was to write down our biggest goal and the strongest fears that are holding us back from achieving it.

The arrow exercise was a great learning experience about how we react when faced to our greatest fears and the process to overcome them.

For me, here was my immediate reaction when I heard about this exercise… I immediately thought I don’t need to do it because I will succeed anyway. That arrow won’t prevent me from succeeding.

It was a big revelation that if faced with fear, I will look for an escape and figure out a way to avoid the challenge and still accomplish the end result anyway!

And what a learning experience about me!

At every single theme night, you would see two groups. One that follows the theme and one that doesn’t.

Ariix top earners were totally committed to the show. We showed up in our costumes and couldn’t care less what others thought. Basically everyone else were looking at us animate the evening.

It reminded me of the old saying:

There are 3 types of people in this world:

Those who watch the game, those who play the game and those who don’t even know there’s a game being played.

Children of Ariix top leaders were welcomed on this trip.

What an amazing experience it has been for our kids.

Our kids are lucky to discover there is a better way. This life in network marketing is not at all what corporate America is. The people and the events are much more than traditional meetings. We work with people that have amazing values. People that empower each other instead of competing against each other. People that are who they are. They don’t pretend or try to use politics and manipulation to win but rather thrive to do good.

If our children ever decide to work in Corporate America, they will know there is a better way. I know they will not understand why things are so different and that the environment is so fake and disempowering.

Our children actually asked to come to the meetings. Until the last day, they wanted to attend. We told them they could go to the pool but they preferred to participate. That just showed us they feel good in this environment and they’re having a good time. I was so proud to see them wanting to grow too.

Nayla became friends with Deanna Latson during our Catamaran and snorkelling excursion. 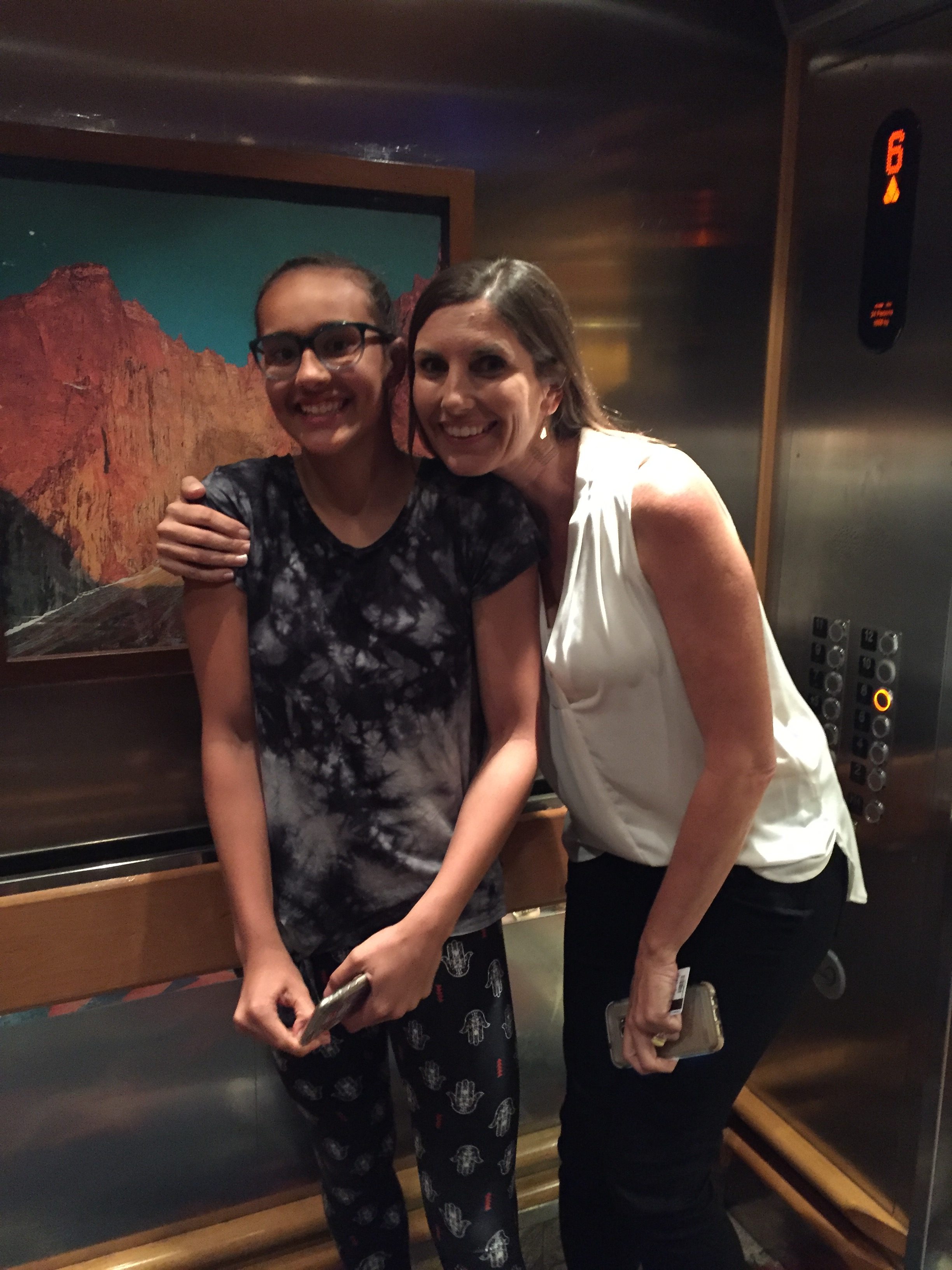 I have always been a fan of success stories. I believe we get inspired by the journey of others.

This is why many of us recorded videos of other leaders stories to inspire our teams at home.

And of course, it is important to inspire our upcoming leaders to create great memories like we created on this trip and that’s why we posted many pictures and hosted Facebook Lives and recorded videos on Social Media.

We have to show our teams as well as our prospects that the lifestyle we create in MLM can be incredible. The residual income is real and the fun times are within reach if someone is willing to put forth the efforts for a little while.

If you aspire to become an Ariix top leader, the adventure is worth the rewards. I have never seen in my life such a stable and solid residual income and an amazing group of people.

P.S. Watch the story of an ARIIX Top Leader as he explains his journey from failure and struggle to achieving his goals.