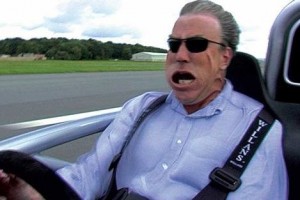 Momentum is a mystery to most Network Marketers but it’s also the most talked-about and influential subject in MLM. It is also maddening.

I mean both in a fantastic and exciting way.

Embracing the possibility of ‘getting in before momentum’ is a miraculous thing if you want to build a huge business in the shortest period of time. When momentum is happening, recruitment and sales accelerate in ways that make you scratch your head. Fast Pace becomes SILLY Fast Pace. So many people join your team that you can’t keep up with training everyone.

In the middle of it, as things get fun, each time you check your genealogy report and expect to see it up a few hundred people, it multiplied to thousands and suddenly your heart beat gets faster and faster. People look at you and you seem to walk on clouds.

If you believe in the power of momentum, you will sound like a ‘loon’ in discussions about your company’s growth so keep it to yourself.

The goal of this blog post, is to bring the most maddening and sometimes mysterious concept of momentum to the forefront. Companies going into momentum are not ‘sure things’ going forward, but as I have long believed, momentum moments can be captured by a few lucky network marketers.

I can’t be there to tell you when that happens, because no one told me. But it is a lifestyle altering scenario that can make sense for some.

Why Are We In Search Of Momentum

When there is no momentum, we are extremely vulnerable to distraction and defeat. Our inner critic awakens, and we start second-guessing ourselves, doubting the possibility of success. Other people’s demands creep in, asking for our attention and focus. We start to look at new projects or ideas that seem even more worthy of execution, tempting us to move onto the next big thing without ever finishing.

And what you see on the graph below is the growth cycle of Nu Skin starting in 1984. 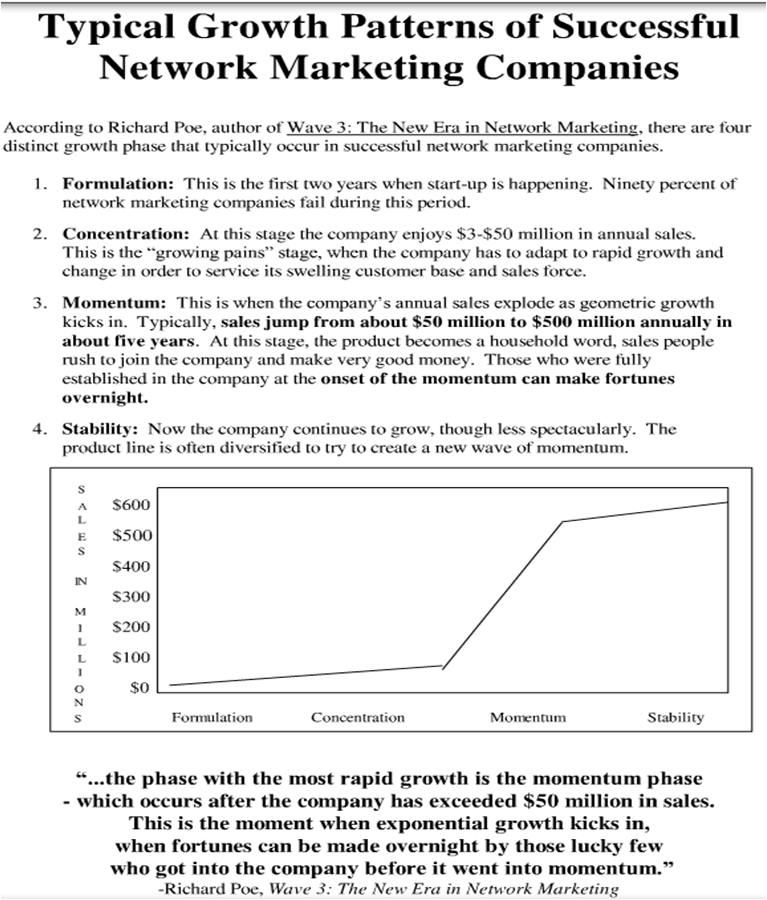 As of this writing, the company I am with broke all sales records throughout the industry. Just like most MLM companies, Nu Skin took 5 years to reach $40 million in sales. Our company produced $32 million in it’s first 12 months.

But what’s important is that $40 million needs to be produced in one market to enter into momentum. Our company did $32 million worlwide. In our second year of business, we are going towards $30-$40 million in the U.S. alone. This is where critical mass will push us into momentum and people will hear about our company from everywhere.

How many millionaires will be created when we enter into momentum?

I personally don’t think it’s a question of how many it’s going to be, but WHO are they gonna be? Because it’s going to happen and we’re poised for this right now.

In this early stage of creating momentum it is extremely important to overcome any barriers that come your way. As momentum increases, this will become easier but in the early stages it may take a focused effort if problems come your way. A train moving at full speed will smash right through a brick wall and keep moving; however a single rock placed properly can prevent a stopped train from getting started. So in the early stages of creating momentum, if problems or obstacles occur, do whatever it takes to get past them and move forward. That same problem will become easier as you see more and more success.

If you’ve been looking for that company before it enters momentum, call me at 310-601-8262. You can also find me on Skype at stephpage

6 thoughts on “The Mysterious Momentum Phase In MLM”