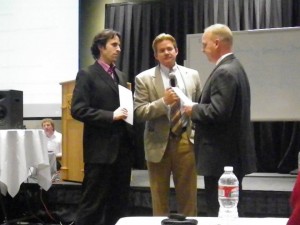 The typical MLM training is killing your business. Personal development is fundamental but it goes hand-in-hand with doing the proper things that bring results. And that’s where most people fail…

A casting crew came in to shoot a video of Tim and his family.

I was watching the whole scene, taking pictures, sneaking behind the camera guy. I was axious to see the end product. Well… you will see it down here… but what’s most important for you is the message Tim is trying to communicate to you and the lack of success of most networkers. This could change your life forever like it did mine.

In my early days of building an organization, I’ve had my share of struggles. From inviting family members to an opportunity meeting, to harrassing strangers on street corners, to passing out flyers at the mall, to approaching sick patients at the doctor’s office, to buying leads and calling at all hours of the night, to building websites and doing social media. I couldn’t stand it when my friends would ask me how my “lucrative home-based business was doing”. I flew to seminars and workshops all over the country always thinking this time would be different.

While I was listening to Tim’s interview, I captured something that is not mentioned in this video… He said he had enough of this parade of people getting on the stage and saying “If I can do it, you can do it too!” He said the training has always been geared towards motivation.

You see, Tim has built an organization around the world and personally trained hundreds of thousands of distributors from many different companies, and after retiring for 13 years from building his own organization, he’s now back in the game.

He told me “Stephane, I never really felt so alive in the last 13 years. Now that I’m back building again, I don’t know why I had left for so long.”

After my initial 11 years of trials and errors, I decided to contact Tim and “recruit him as my sponsor”. From that day, everything began to change.

I can tell you from personal experience, Tim Sales train his team thoroughly. That’s the only way you can truly help your people succeed.

Tim used to be on the Navy bomb squad. He learned his best lessons in life through that experience. If he did not do the job properly, the consequences could be catastrophic. In network marketing things are not as drastic but if you don’t do your job properly, you are jeopardizing your business.

By providing the right training, the growth of your business becomes predictable. You can spot the next leader on your team and who needs more assistance to move to the next level.

I’ve had many mentors in the business and none provided me the kind of support and hands-on training to move towards my goals. I often times felt confused, not understanding why I seemd to be doing the right things but my commission check didn’t match with my efforts. But training and coaching helped me identify where my weaknesses were, correct them and achieve my goals.

It’s time consuming to train, but that’s the only way you create true leaders. Tim Sales will tell you that the best MLM training is designed to make you effective, not just designed to motivate you, after all “being effective at creating the results you want is what motivates you”. 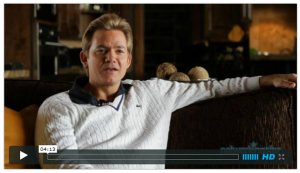